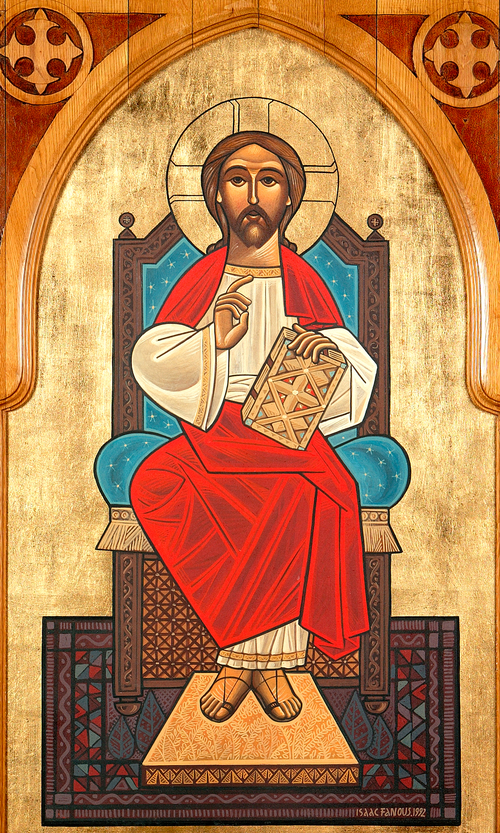 The term “Copts” is equivalent to the word “Egyptians.” It is derived from the Greek “Aigyyptos,” which in turns is derived from the ancient Egyptian “Ha-ka-Ptah,” i.e. “the house of the spirit Ptah,” a most highly revered deity in Egyptian mythology. From the Arab conquest and until today, This term refers to the Christian Egyptians to distinguish them from the native Muslims.

The Copts as the successors of the ancient Egyptians are defined as the modern sons of the Pharaohs. They played an essential role in the whole Christian world, especially during the first five centuries.

Their religious background helped them to accept Christianity with eagerness and to enjoy its depth through their ascetic life, meditation and studying of the Holy Scripture.

In this topic we wish to throw some light on the ancient Egyptian culture and how it reacted towards the new Christian faith.

1.  Their religious background: It is well known that nature and upbringing have religiously minded ancient Egyptians since the very early times. Herodotus states that “The Egyptians are religious to excess, far beyond any other race of men.” Their religious curiosity was satisfied by the Christian faith that puts no limits to spiritual progress, for it raises the believers towards the bosom of the Father that they might enjoy the likeness of God, fast communion with Him and acknowledgment of the eternal divine mysteries.

2. Their high scientific background: Modern science achieved unceasing progress, particularly in the last century. Many of the ancient Egyptians’ scientific work which took place thousands of years before Christ are still considered to be obscure secrets; for example the pyramids with their scientific wonder and mysteries, the art of embalming, the art of carving, colored painting on walls etc. All of these arts are still under research to the extent that some believe that the ancient Egyptians were working under the guidance of superhuman (coming from the outer space), or from other stars. Some consider that man would have conquered space much earlier if the library of Alexandria had not been burned, which led to losing scientific secrets of great importance.      In any case, the fact is that the ancient Egyptians put their scientific abilities at the disposal of the religious thinking (such as the building of the pyramids, embalming etc.). It had influenced the Copts. They looked to science not as an enemy of religion or contrary to it, but that science acts in favor of religion. Therefore, the school of Alexandria opened its doors to the scholars and philosophers, believing that science and philosophy could serve the true spiritual life.

3. Their religious dogmas:
1. Each major town in ancient Egypt used to recognize some kind of a triad. But these triads were too alien from the Christian Holy Trinity.
2. Their philosophers believed in One Supreme Being; the best example is King Ikhnaton (1383-1365 B. C.).
3. While the majority of the ancient civilizations were preoccupied with the earthly life, seeking temporary pleasures, the Egyptian mind was absorbed in the world to come, and in the resurrection. When they were converted to Christianity, they became involved in awaiting the advent of the Risen Christ, through their lengthy hymns, excessive fasting, enduring and suffering with joy. This eschatological attitude has its effect on our worship, liturgies and even in our daily life.
4. The Cross: Egyptians tended to identify the Cross with their own sign of eternal life, “the Ankh,” which was held in the hands of the immortals such as gods and pharaohs. The “Ankh” sign took the shape of a cruciform with rounded tip, which was readily adopted and used by the Copts from the very early times.
5. In addition to this, the Egyptians seem to have had an idea of the unity of God, His eternity, His infinity, as well as His loving kindness.